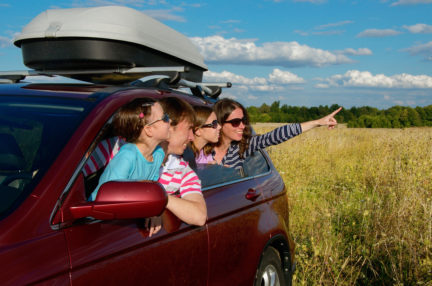 Each New Year brings with it a salvo of new models and vehicle designs from the world’s car manufacturers. With recent advantages in technology, auto makers have been able to create innovative designs at a rate unlike ever before.

Now that all the major auto shows have wrapped up, we bring to you a list of the 10 most anticipated SUVs.

On the forefront of Jeep’s announcement to take the world by storm, the Jeep Renegade is ready to put a dent in the crossover SUV market. With rugged and blocky design than other Jeep vehicles, the Renegade is built to take on the great outdoors. On the small end of Jeep’s vehicle lineup, the Renegade gives Jeep a strong entry to customers looking for a compact yet capable SUV.

Considered to be more of an evolution than a revolution, the new Nissan Qashqai uses the same platform as the new X-Trail and is 20mm wider and 49mm longer than the outgoing model. The new car gets a fresh look, with sleek lines, beefed up wheel arches and a curved front end with LED running lights. There’ll be three new engines one petrol and two diesels – along with the choice of two or four-wheel drive.

After three years in development, the Porsche Macan is ready to hit the ground running. A more compact SUV than Porsche’s Cayenne, the Macan adds another formidable SUV to the company’s lineup. The engine comes standard as a twin turbocharged V-6, able to run with the best vehicles on the road, achieving 400 horsepower. Aside from exterior differences, an interior loaded with electronics and other features will give drivers a reason to check out the Macan when shopping for a luxury SUV.

Nissan launched the all-new X-Trail at the Frankfurt Motor Show and its styling takes cues from the Qashqai, Juke and Murano. Intelligent all-wheel drive is expected to be fitted as standard across the range, while the choice of two or four-wheel drive will be selectable via a rotary dial in the centre console. There are no details about engines yet, but it’s thought that the new X-Trail will be powered by the current 2.0-litre diesel, with the choice of manual or automatic transmissions.