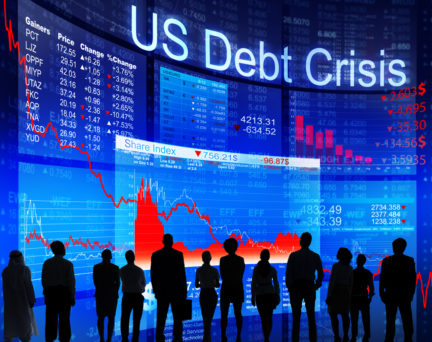 Total US Government Debt in 2014

At the end of FY 2014 the total government debt in the United States, including federal, state, and local, is expected to be $21.0 trillion.

At the end of FY 2014 the state government debt in the United States is expected to be $1.21 trillion.

At the end of FY 2014 the local government debt in the United States is expected to be $1.92 trillion.

U.S. debt jumped more than $300 billion on October 17, 2013 , the first day the federal government was able to borrow money under the deal President Obama and.

Debt now equals $17.075 trillion, according to figures posted online by the Treasury Department on Friday.

The $328 billion increase in the debt is an all-time record. The giant jump comes because the government was restoring its stock of extraordinary measures.

As Per the law, that restoring just after the new debt space.

Usually Congress sets a debt ceiling that caps the total amount the government can be in the red.

But under the terms of this week’s deal, Congress set a deadline instead of a dollar cap. That means debt can rise as much as the president and Congress want it to.

The rate of increase over the past five months that could end up meaning Congress just granted Mr. Obama a debt increase of $700 billion or more.

Republicans initially tend to attach strings to the increase in debt, but they quit, instead settling on a bill that reopened the government and included some special earmark projects, but didn’t include any spending cuts.